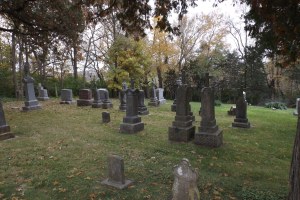 When family and friends are grieving the loss of a beloved member, they need consolation.  In addition, if they are religiously inclined, they need reassurance from their minister or spiritual mentor.

A funeral or memorial service is an opportunity to remember the dearly departed.  Unfortunately, not all participants in the program may seek to comfort and uplift the grievers.

I remember when I attended a family friend’s funeral decades ago.  I was about nine or ten.

The pastor felt he had to tell the family and friends gathered that John ____ was roasting in the fires of hell. Everyone in the audience was destined for the same place as John, the pastor expounded.

For the pastor hell was the only destination for the transgressors, and the ultimate price demanded for the penalty of sin for the unrepentant life on this planet traversing the cosmos.  Purgatory was not in his theological vocabulary.

This happened several years before we encountered, in secondary English, the fiery and terrifying sermon—Sinners In The Hands of An Angry God by Puritan Jonathan Edwards given on July 8, 1741 in Enfield, Connecticut.  His sermon was viewed as a masterpiece, but it troubled us teenagers who had not yet began our journey of living.

I do not know if the minister at John’s funeral was familiar with Jonathan Edwards.  His sermon did cut to the heart and left most people regretting coming to the service.

One dear saint in her 60s rose to her feet and shouted, “Lord, have mercy on John’s soul.”

Without a moment of hesitation, the minister proudly replied, “The time of mercy for John ____ is passed.  He has been weighed in the balances of severe justice, and his punishment is as certain as sunset, and it will never, never, never end!   Glory Hallelujah!”  He pounded on the lectern.

To the minister it made no difference what “sin” you had committed on this magnificent orb hanging in the majesty of space.  All “sinners” were destined for the same roasting spits in the nether regions where fossil fuels are never depleted by the human additions.

From my point of view John was one of the nicest people that you could interact with—kind, generous, loving, etc.  He always had a silver dollar for me when we went to visit as well a plate of delicious chocolate oatmeal cookies which he made from an old family recipe.

He was a widower.  He contributed to his community in most cases through his sons since his wealth was viewed as “tainted” by the more saintly members of society, and even the church of the aforesaid pastor had benefited from his generosity.

John was just a great guy.  Even after all of these years, I wonder:

What gave the minister the right to say those hurtful words to John’s family and friends?  He did not know John; never visited him at his home or sat beside his bed in the hospital as his end was nearing.

Later as I aged, I realized sadly not everyone who professes to be a minister of the gospel is genuine. Unfortunately, I have met and known too many ministers like the one at John’s funeral.

Trust them? No way on this earth would I trust the ilk of them.

In times of sorrow comfort and tenderness are needed for those who have to continue living without their loved one.  The reality of the afterlife is something that the most educated or devout minister has no basis on which to be affirmative.

They can only surmise based on their belief system. The fate of a departed loved one or friend is a mystery in the swirling cosmic ocean of which there is no port of return only a port of call.

Sinners In The Hands Of An Angry God

The God that holds you over the pit of hell, much as one holds a spider, or some loathsome insect over the fire, abhors you, and is dreadfully provoked: his wrath towards you burns like fire; he looks upon you as worthy of nothing else, but to be cast into the fire; he is of purer eyes than to bear to have you in his sight; you are ten thousand times more abominable in his eyes, than the most hateful venomous serpent is in ours. You have offended him infinitely more than ever a stubborn rebel did his prince; and yet it is nothing but his hand that holds you from falling into the fire every moment. It is to be ascribed to nothing else, that you did not go to hell the last night; that you were suffered to awake again in this world, after you closed your eyes to sleep. And there is no other reason to be given, why you have not dropped into hell since you arose in the morning, but that God’s hand has held you up. There is no other reason to be given why you have not gone to hell, since you have sat here in the house of God, provoking his pure eyes by your sinful wicked manner of attending his solemn worship. Yea, there is nothing else that is to be given as a reason why you do not this very moment drop down into hell.