“There are more underdogs in the world than there are favorites. Our win was enjoyed by so many people because they are underdogs like we were.  We’re all underdogs from time to time.”  Joseph William Namath, AARP Bulletin, January-February 2019 page 38

Mr. Namath was referring to the game between the American Football League New York Jets and the National Football League Baltimore Colts on January 12, 1969 at the Miami Orange Bowl in Florida.  Very few believed that the Jets could prevail over the Colts, but as sports history shows, the Jets were triumphant 16 to 7 in one of the biggest upsets in sports history.

Underdogs should never be discounted.  They have an uncanny way of showing their true colors when the chips are down or when the pigskin is on the goal line.

This was the first game to be referred to officially as the Super Bowl.  The previous two games were the AFL-NFL Championship won by Vince Lombardi’s Green Bay Packers of the NFL against the Kansas City Chiefs (35-10) at the Los Angeles Coliseum and the Oakland Raiders (33-14) at the Miami Orange Bowl of the AFL.

One could see why many believe the AFL was not up to snuff.  However, over confidence can lead to some disastrous results when arrogance dominates motivation especially in sports.

According to sports trivia or legend, the name Super Bowl had to do with a toy and a song by a seven year old named Sharron Hunt living in Dallas.  The toy was Wham-O Super Ball.

Her simple chant went this way:

Her father was Lamar Hunt who had founded the American Football League and was owner of the Kansas City Chiefs.  He recommended the name Super Bowl to NFL Commissioner Alvin Ray “Pete” Rozelle in a July 25, 1966 letter.

Rozelle felt “The Big One” sounded better.  Perhaps, there was concern about people making fun of the word bowl since a bowl was usually associated with a salad or soup, but who knows for sure.

It would be the sports media who embraced Lamar Hunt’s recommendation.  As mentioned, the AFL-NFL Game Three became Super Bowl III. 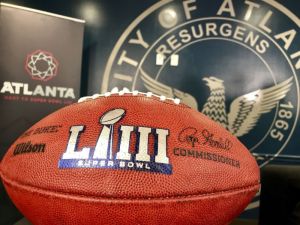 Turning to “The Big One” on Sunday, February 3, 2019, it is clouded with controversy.  The NFL has not has an easy road in the last few years.

Traumatic brain injury has dominated the news.  Listed in the links below are references to this tragic condition.

The fate of Colin Rand Kaepernick’s career (San Francisco 49ers quarterback from 2011 to 2016), and his controversial kneel during the National Anthem has sent shock waves across the spectrum with many supporting him and many feeling he went too far in his protest.  He became a free agent in 2016 and has remained without a job offer for the game that he loves.

Sometimes, courage to take a stand may be applauded and cheered by many, but the cold reality is that there are consequences to holding to one’s principles.  Many experience that cold reality every day on this planet traversing the cosmos.

When one boils down the game of football, what you have is the human element of the teams, the referees and fans.  Mistakes happen during a game—some minor and some costly, especially during the playoffs as the grand prize of playing in “the Big One” is won or lost.

The game between the New Orleans Saints and the Los Angeles Rams in the last few minutes will be dissected and debated for some time to come.  The “missed” pass interference or helmet to helmet call many believe cost the Saints their moment of glory and deterred their righteous path to the “Big One”.

Jeff Duncan of The Times-Picayune wrote in his column:

“The New Orleans Saints have suffered their share of stunning losses over the years, but Sunday’s shocking setback in the NFC Championship Game will forever live in infamy…

“The Saints were one step away from the Super Bowl. They were the best team in football, the No. 1 seed in the entire NFL playoffs. They were playing at home and had a 13-point lead after the first quarter. They were two minutes and one play away from finishing off the Los Angeles Rams and taking over Super Bowl LIII for two weeks in Atlanta.

“Then it all came unraveled in heartbreaking, mind-boggling fashion. One of the most egregious non-calls in NFL history gave the Rams the life they needed to stage a comeback and they took advantage of it, completing a stunning rally with a 26-23 victory on Greg Zuerlein’s game-winning 57-yard field goal in overtime.

“But the no-call was something entirely different. It was so bad, so overtly obvious that it was nearly inconceivable…”

Anger and sadness are two emotions which people experience when their team loses for whatever reason.  A missed call is probably one of the most egregious when a championship is at stake.

The Rams will play the New England Patriots in the Super Bowl.  Based on a number of comments a number of people were not happy about the Patriots’ victory over the Kansas City Chiefs 37-31 at Arrowhead Stadium in Kansas City.

“The Patriots pulled off a thrilling overtime win to advance to Super Bowl LIII, denying the Chiefs their first visit to the Big Game since the 1969 season. And thanks to a few ever-entertaining fan reaction videos, we now know just how demoralized Chiefs diehards were after Sunday’s memorable game at Arrowhead Stadium.”

Super Bowl LIII will be at the Atlanta’s Mercedes-Benz Stadium.  It will be a rematch—the last time the Rams and Patriots met was in Super Bowl XXXVI seventeen years ago.

It was a game for the history books as the young quarterback Thomas Edward Patrick Brady II replaced the injured Drew McQueen Bledsoe.  On Sunday February 3, 2002 at the Superdome in New Orleans Brady led the Patriots to a surprising victory over the Rams 20-17.

Now, seventeen years to the day, 41 year-old Brady will face off against Jared Thomas Goff age 24.  Goff was only 7 when the Rams lost to the Patriots in 2002.

It will be experience vs inexperience; age vs youth.  However, I would not discount youth, and the hunger for a win.

Last year the Philadelphia Eagles won their first Super Bowl against the Patriots 41-33 at the U. S. Bank Stadium in Minneapolis on February 4, 2018.  It was an upset which may give the Rams hope, but losing two years in a row may not be an option for the Patriots—we shall see!

Turning to a menu item, avocado has been in the news.  A fear is that the dreaded guacpocalypse will be a horror unimagined in the annals of the fans watching the game. 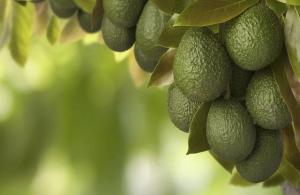 “In an effort to curb rampant fuel theft by criminal organizations, the Mexican government-run oil company Pemex changed its distribution system last month; however, the rejiggering of operations has led to gasoline shortages across six Mexican states including Michoacan — the country’s primary producer of avocados. Farmers in the region are expected to ship approximately 120,000 tons of the precious green globes to the U.S. over the next three weeks in order to meet demand from football fans. Only 27,000 tons have been shipped so far.”   https://www.eater.com/2019/1/9/18175807/mexican-fuel-shortage-avocados-super-bowl-guacamole

Will guacamole be missing from the game?  Latest word from the Association of Avocado Producer and Export Packers of Mexico (APEAM) is

“Till this day there is still a gas shortage, but we have only had delays locally. APEAM is in favor of the government taking a stand against corruption and we are confident that the exports of avocado will continue.”

“According to APEAM, 1,300 trucks full of avocados will leave Michoacán to the United States every week in preparation of the Super Bowl, which is equivalent to sending a truck every six minutes. Surpassing previous numbers of avocado exports to the U.S. for the Super Bowl in past years.”

With all the preparations on the field, behind the scenes and on the home front, Super Bowl Sunday is in many ways a high holy day for millions.  Whatever your preference is regarding this day of days in the United States of America, enjoy your day.

In closing, the words of Joe Namath sum up a good course to pursue:

“I continuously remind myself, Whoa, slow down, buddy.  Be thankful.  I get back to basics when I start feeling overwhelmed with whatever life is throwing at me.  If we’re fortunate enough to be spiritual and healthy, those are two most important things in life. But you get tested.  Things can wear you out, if you allow them.”  Ibid